Apple Watch Series 3 can do everything from tracking your workouts, making phone calls to talking to Siri. We were kindly sent this to review from AO.com, here’s what Mandy from our team thought.

‘I’ve had fitness bands in the past but that was when they first came out and the only thing they could really do was track your heart rate so I was really keen to see what new and exciting features the Apple Watch Series 3 had. First I was impressed with the design, the watch had a soft rubber feel to it and was comfortable to wear on my wrist.

I could also easily adjust this or switch the bands for a small one if I needed it, which was great as there was no need to worry about it coming off my wrist when out and about or exercising. So to get started I downloaded the app onto my phone and turned on the watch. I held the watch over the camera on my phone and the two paired, it took literally a minute or less to do.

I followed the instructions on the watch screen including creating a passcode and allowing the apps to install. Again I left this for a while as it can take a little time for all of the apps to be installed on the Apple watch.

After the apps had all installed, I was able to use my watch. I pressed the side button which brought up all of the apps I had including my music and emails which I could check at the press of a button. I even tried talking to Siri, I did this by holding the Digital Crown and asked Siri what the weather was like outside. Siri clearly picked up my voice and answered my question with ease.

I then decided I would try the Workout app, I tapped the workout I wanted which was a run and could easily keep a track on my progress and see how my fitness was doing over a period of time. The app on my phone showed how long I had exercised for each day, walking pace, running pace and more.

Up next was the receive/send a text or make a call. I thought this was a really good feature as it meant I could easily make all of my phone calls and messages without my phone. There was also an Emergency SOS which I could activate by pressing and holding the side button, again this gave peace of mind that if there was an emergency I could get the emergency services.

The Apple 3 watch can also go into water upto 50 meters. To do this you simply start the Workout app and select swimming, the watch then locks to avoid any accidents. Once your finished, turn the Digital Clock and this will unlock the screen and clear any water. Again another great feature as I knew I could go swimming and my watch would be safe. 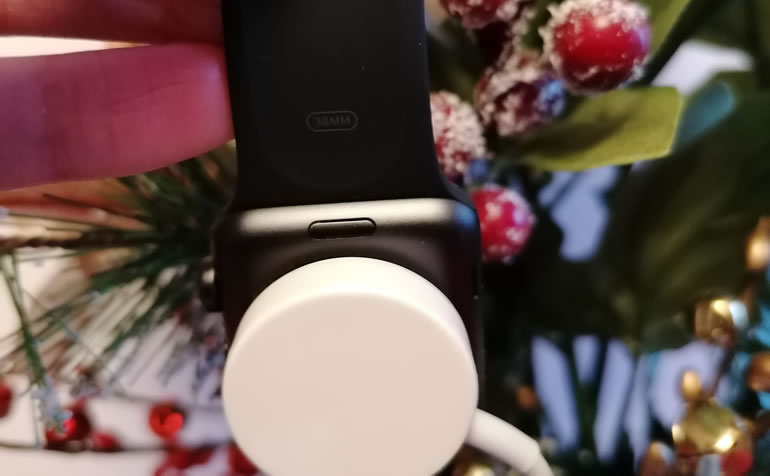 To charge I placed the magnetic charging cable onto the back of my watch and then placed the plug into the socket and the watch began charging. I left this for a while so it got a good charge and have to say the charge lasted quite a long time.

Overall I was really impressed with the Apple Watch Series 3, not only did it look stylish but it was packed with loads of different features and apps which I loved using. I will definitely be using the Series 3 Watch as part of my every day regime.”

We were kindly sent this from AO.com and you can buy the Apple Series 3 Watch online here.