UK retail giant Argos has released its top toy predictions your little ones will be asking for Christmas 2017 and it could set you back a whopping £842!

Yes a heatwave is upon us but that doesn’t stop Christmas predictions lurking behind most shop doors as Argos reveals its official toys you’ll be snatching up this festive season.

Yes a heatwave is upon us but that doesn’t stop Christmas predictions lurking behind most shop doors as Argos reveals its official toys you’ll be snatching up this festive season, sorry parents but Hatchimals are back topping charts again, Santa already has his back order placed.

The official list includes a host of “memorable childhood gifts” however just a little more advanced to our old hungry hippo game, these include dolls, LEGO, on-screen toys and of course an array of tech-driven toys. Linzi Walker, chief toy buyer for Argos said: “This year’s top toys list is a fantastic blend, as toymakers evolve childhood favourites alongside the introduction of newer and more technology-led gifts”.

Argos undertook a poll of more than 1,000 parents of children age 16 and under about their plans for Christmas 2017 and it seems as though it will be a family affair. With one in seven (13 per cent) have already started buying their children presents and a fifth ensuring all bases are covered by letting other familiy members in on their present buying.

Have you got a spare Eight Hundred and Forty odd pounds? becuase if you wanted to buy all twelve of the toys from the wishlist that’s exactly how much it will cost, with some of the toys not even being in store yet (due July).

Lets just hope, unlike last year, that Santa won’t have to be trawling through eBay trying to get his hands on another Hatchimal!

All toys listed below will be available to buy via Argos from July. 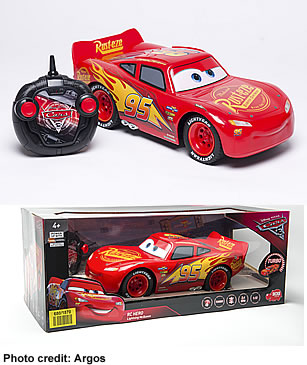 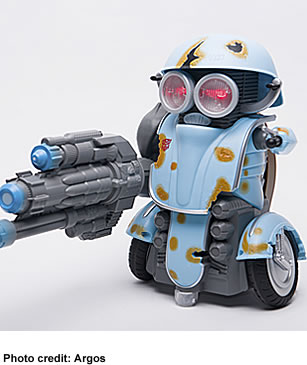 Has your child asked for any of these toys? Share your comments and thoughts below!