Word Bandit is the head-spinning, word-spotting game by Drumond Park. We were delighted to review this game which we were kindly sent, here’s what we thought:

“First thing we noticed was the colourful imagery on the front of the Word Bandit box which was sufficient to make us start playing this head spinning,  word-spotting game.  Inside the box was everything we needed to play the game: Word Bandit unit, Playing Board, Sticker sheet, rules, 2 playing pieces and a Sand Timer.  Suitable for age 8 and over this family friendly game is sure to be super popular this Christmas.

Requiring a minimum of two teams so John and Holly were in one team and Mandy and Elaine and were in another. As Mandy is the youngest in the office, her team got to go first. So Mandy pulled the lever and the letters all began to spin around and stopped on A, P, and T.  As per the rules she had to try and make up as many words as she could using a minimum of two of the three letters within the timer limit. Mandy came up with Pat, Tap and At, scoring 3 points for her team which the opposite team kept a count of.

Next up was Holly to spin, she got R, I, and, O so she came up with only one word which was Or. Moving around the board we decided to try different levels, so on 3 rows that meant we had to guess things that were ‘word beginning with’ depending on the category we landed on. Holly landed on famous people with the letters beginning with L and R which proved a lot of fun trying to think of all of the different famous names.

There were a further two levels which got harder especially the last level which was a four row and we had to try and guess as many four letter words which wind around the grid.  Elaine managed to get only one word which was shed and John did give this level a try but didn’t get any words! Overall Mandy and Elaine were the winners after landing on the FINISH space and having the most points.” 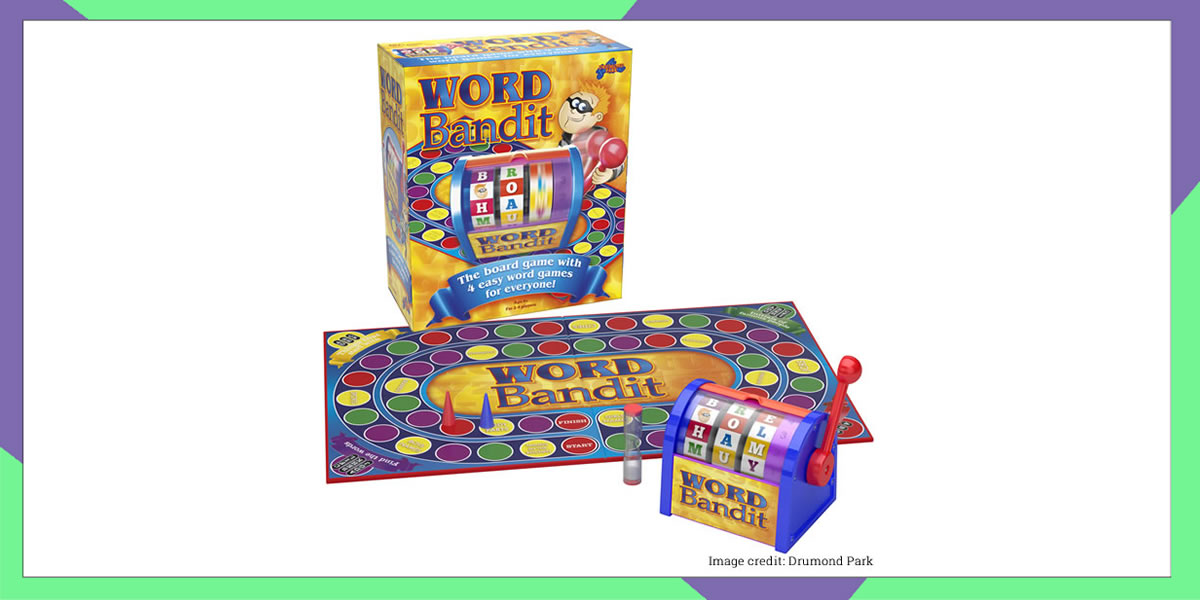 Overall we thought this was a great educational game for kids and adults and really got our competitive side going! Drumond Park’s Bandit Word game is available from Argos for around £24.99.

Can you be first to get to the end of the track and become a Word Bandit winner?

UnderTheChristmasTree participates in various affiliate marketing programs and Google adsense which means we may get paid commissions on chosen products purchased and adverts through our links to retailer and advertisements sites.